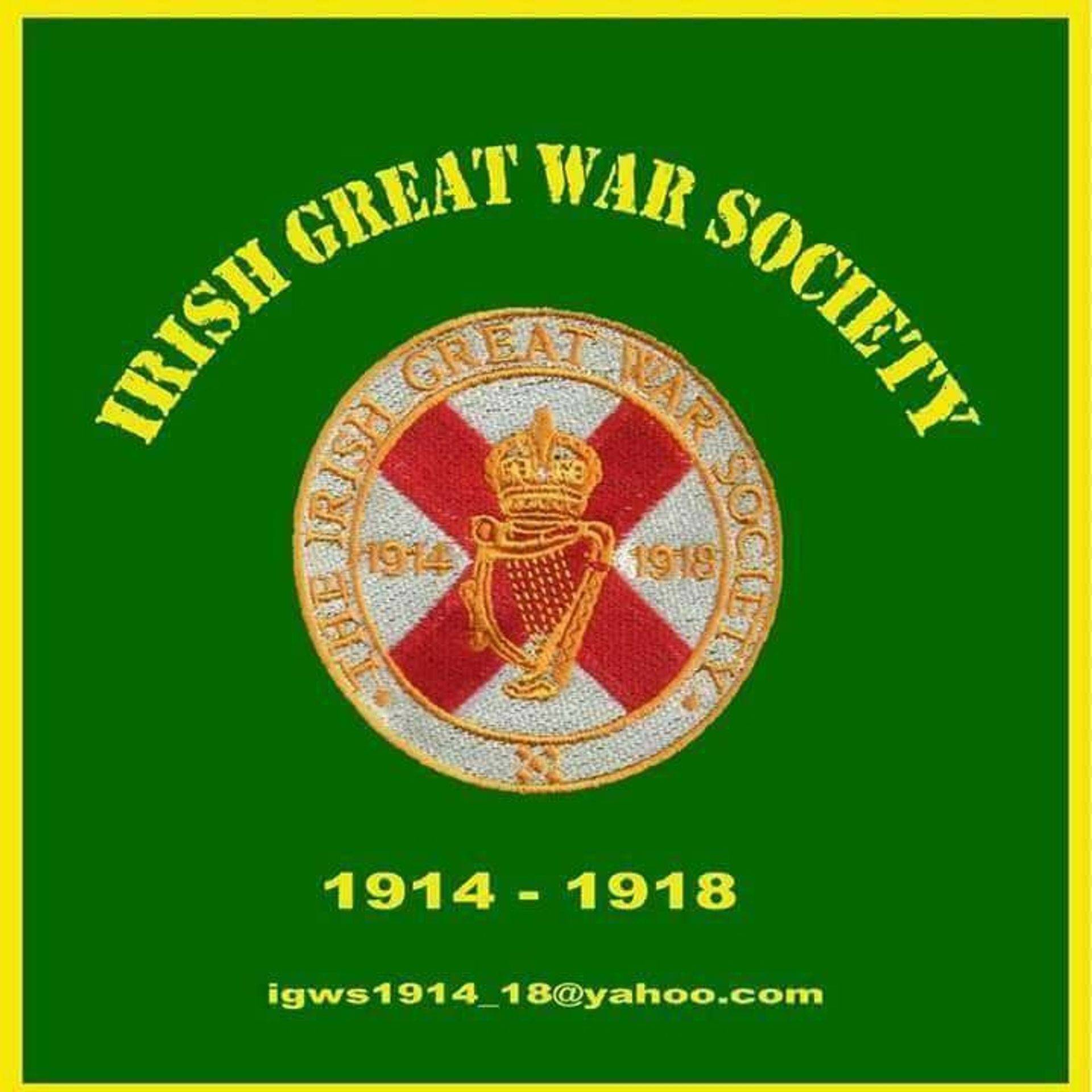 The Society was formed in 1999.It was formed by like minded people, with military backgrounds, from both British and Irish armed forces.  Many of the original members are still enthusiastically involved to this day. Our members are from all over the island of Ireland and we regularly attend venues on both sides of the border, as well as internationally.

Our Aims and Objectives

The aim of the society is to educate members of the public through professional living history displays here at home and overseas.We strive to encourage and promote interest and understanding of ALL Irish Regiments involved in the First World War and up to partition.  We also hope to remind people of the sacrifices made by Irishmen and their families, in what was believed to be the war to end all wars. We remember the 230,000* Irishmen that fought in the Great War, the 45,000* that were killed in action and the numerous forgotten men that died from their wounds many, many years after the war ended.

We are a living history and re-enactment group. Our members dress in the uniform and equipment of the period and have many artefacts of the time. They also undergo much of the same training that the soldiers of 1914-1918 would have. Through living history, we are able to learn and understand far more about every day life of the "Tommy". We also have a greater understanding of how men were able to march 15 miles with 60lbs on their back, as some of our members have experienced this exercise for themselves.

Both Individually and collectively, we have obtained a large collection of uniforms, weapons, equipment and accoutrements. If original items can not be found or are too fragile to use, we manufacture them wherever possible. We are able to manufacture items such as pay books, uniforms, cigarette packets, gas hoods and much more. We take particular pride in our uniforms and equipment out of respect for those we portray.

We also have an excellent example of a Forward Aid Post with a large selection of first aid, surgical and medical instruments and accessories, all ably taken care of by our Voluntary Aid Detachment (V.A.D.) and First Aid Nursing Yeomanry (F.A.N.Y)

Throughout the winter months we hold training weekends at various locations around Ireland to hone our skills. During the summer we participate in various activities from multi-period events to military displays and film work.

The Society also make annual pilgrimages to the "Western Front".

Our members portray many of the Irish regiments that existed prior to partition such as;-